Face Mapping: What Your Skin Tells You About Your Health and Nutrition 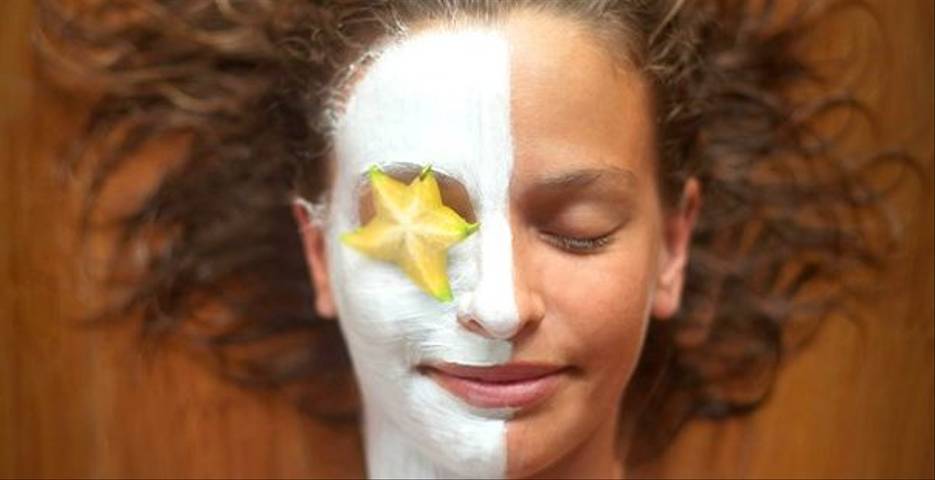 Ever wondered how your face can reveal what you eat? Naturopathic experts take a different approach to explaining how your diet plays a major role in the aging process, through a method called ‘skin mapping’. This is an ancient idea which suggests that parts of the face are linked to particular organs in the body. The redness, puffiness, dark shading, sagging, lines or spots on certain parts of the face can reveal a lot about a person’s diet, and so naturopathic experts use this information on anti-ageing holidays to suggest the necessary supplements and diet changes to promote healthy ageing. Naturopaths have found that sugar, wine, dairy and gluten are often the underlying cause to people’s inner problems which can result in the onset of premature ageing. Naturopaths therefore use the skin mapping technique to reveal which type of ‘face’ or ‘faces’ a person has, with different faces indicating different issues.

Symptoms of a high-sugar diet, also known as the ‘sugar face’ include blotches and horizontal lines on the forehead, which also indicate digestive issues. This occurs as sugar in the blood can damage proteins, including collagen and elastin, which keep the skin firm and supple, therefore resulting in increased wrinkling on the forehead and sagging under the eyes. Other symptoms of too much sugar include pustular spots over the face, caused by sugar creating an imbalance of bacteria in the gut, and a gaunt look to the face caused by excess sugar affecting fat distribution. A pasty white face is often due to increased levels of insulin which instructs the body to divert energy to more essential tasks, causing blood vessels around the face to constrict, washing out the skin as a result. Detox your body to improve your complexion

Wine face indicates a high or excess intake of alcohol, which can be seen by a number of different symptoms. As alcohol is high in sugar, the protein collagen (which is vital for skin elasticity) is damaged, enlarging pores and causing eyelids to become droopy. Alcohol also dehydrates the skin, causing increases in the deepness of the nasolabial lines, which run from the nose to the mouth. Face-mapping suggests that the area between the eyes is associated with the liver and redness or deep lines between the brows are a sign of the liver struggling to process alcohol. Other symptoms of the wine face include a red nose and ruddy cheeks, which are a result of inaction of the enzyme used to fight the skin-destroying, inflammatory process caused by alcohol. By cutting out your alcohol intake on a cleansing detox holiday you will soon see an improvement in the texture and colour of your skin.

As we all know, most dairy products contain lactose, which can’t always be easily digested. Lactose intolerance is one of the most common food intolerances, as many people lose the enzymes to digest lactose effectively later in life. Although some people have very obvious bodily symptoms of their intolerance, many people’s intolerance to lactose may go unnoticed. However, with the help of face-mapping, symptoms can be revealed. Symptoms of the dairy-face, such as puffy eyelids, under-eye bags and dark circles on your face, are caused by an inflammatory process indicating intolerances or digestive issues of dairy products. Dairy products also contain a large amount of hormones which can disrupt the balance of sex hormones, triggering an over-growth in skin cells blocking pores and trapping bacteria as a result. Although fewer people suffer from coeliac disease, many people are sensitive to gluten, some of whom aren’t even aware. Gluten is a protein found in wheat, barley and rye, which can cause an inflammatory response, leaving the face looking swollen, bloated or inflamed. Other symptoms of the gluten face include dark pigmentation patches and spots around the chin caused by a disturbance in cell production of pigmentation in the skin and a disrupted balance of reproductive hormones due to the inflammatory response. Many people that have tried to overcome these symptoms with a variety of different treatments, have surprisingly found that the only way to improve their skin is through a healthy nutrition retreat that will introduce how to remove gluten from their diet.

These easily visible symptoms can reveal whether you should adjust the amount of sugar, wine, dairy or gluten in your diet in order to eat the right foods for a healthy ageing. As a result, you will not only look younger, but you will also feel more energized and notice a lift in your mood.

Talk to one of our Travel Specialists on 0203 397 8891 or contact us here to discuss tailor-making your perfect healthy nutrition retreat.